French bulldogs have soared in popularity in recent years, with their bat ears, big eyes and stocky bodies winning hearts around the world. They’re on track to steal the Labrador’s top spot as the UK’s favourite dog breed, and are sitting pretty at number five in the list of the US’s favourite pooches. Here’s your StyleTails guide to all the pros, and cons, of owning one.

If it’s character you want, it’s character you’ll get with a Frenchie. They pack a lot of personality into those chunky little bodies, but that can also mean they’re a stubborn breed to train – so watch out for their mischievous streak. They were originally intended as companion dogs, and would-be owners should prepared for a pooch that likes to cuddle. They also get very attached to their humans, so may not enjoy being left alone for long periods of time. Although all dogs have their unique ways, French bulldogs are generally known for being good natured, making them a good choice for families with children. Frenchies might not need as much exercise as some of the larger breeds, but you’ll still need to walk them for around an hour a day – although city dwellers will be pleased to know they’re satisfied with a wander round the block, or through the nearby park. Because of their flat faces they can easily overheat, which means early morning and late evening outings are a must in the summer.  They’re not good swimmers either, so no dog pond dips unless you’ve got an inflatable vest to keep them afloat. This is an especially popular breed in cities, where their compact size fits nicely into your apartment, and onto public transport. Frenchies are known for their adaptability and easy-going nature, so would be equally happy in the countryside. It’s important to remember that many suffer from breathing problems and struggle in the heat, so will do best in temperate climates rather than places where temperatures soar in the summer.

They might have short fur, but Frenchies will still need a weekly brush to get rid of hair that’s being shed. Their face folds require some extra attention, and the PDSA recommends cleaning them on a daily basis, as they’re prone to infection. The area under the tail will also need regular cleaning, as these dogs have deep tail pockets. 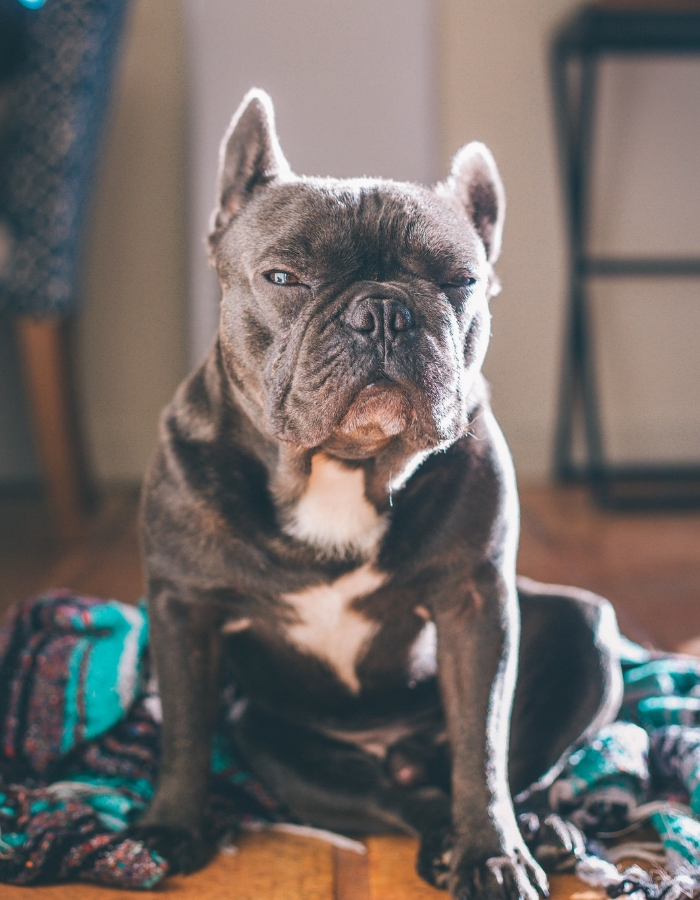 French Bulldogs are considered small dogs, measuring more or less 30 cm tall and weighing around 12kg – although, as with any dog, this can vary.

This breed comes with some major health considerations, which are often down to the Frenchie’s squashed face. As well as many of these dogs suffering from breathing problems, there’s a long list of issues including inward-turning eyelids, hip dysplasia, issues with the vertebrae, and problems with kneecaps. Unfortunately, the Frenchie’s popularity has led to irresponsible breeding practices, which means investing time finding a reliable breeder is of utmost importance. Many will be able to screen for inherited diseases, but owners should be prepared for some pricy vet bills.

Do you own a French Bulldog or are you thinking about getting one? Tell us what you think about this breed in the comments below.

This week’s blog might have a funny title, but it’s not really funny at all. Well it certainly wasn’t yesterday. I think most people…