Runner’s highs aren’t limited to humans, with a 2012 study in the Journey of Experimental Biology suggesting that dogs can get a similar positive boost after high intensity exercise. Running can also stave off obesity, keep your canine’s brain engaged, and make sure that especially active breeds get to really stretch their legs.

How fast and how far you run with your pooch depends on what kind of dog it is, with breeds that have a hunting background often well-suited to long distances. If you’re a pug-lover (or own any other short-nosed or flat-faced pooches), then running’s definitely out of the question as brachycephalic breeds overheat easily, and often suffer with breathing problems. Also beware of dogs with powerful prey drives that are likely to be distracted by passing squirrels, birds or other animals.

Bringing along water is absolutely key to making sure your dog doesn’t overheat, and investing in a running leash that goes round the waist will give you more freedom to move. Dogs don’t always stop when they’re tired, so avoid overdoing it by easing into a running routine that starts slow to see how your pooch responds. You might be itching to wear out some of that manic puppy energy with a run, but young dogs’ bones and joints are still forming – so it’s best to wait until they’re over a year old before you take them on a jog. Consider weather conditions too, and avoid taking dogs out on extremely hot days, or trailing through snowy and salty paths. Dirt tracks are easier on dogs’ joints than hard pavements, but beware of ticks if you’re running in the country.

So if you’re on the hunt for the right breed to accompany you on your morning jog, or you’ve already got a dog and are wondering if you can take them on your next half marathon, we’ve put together seven of the best dog breeds to go running with. 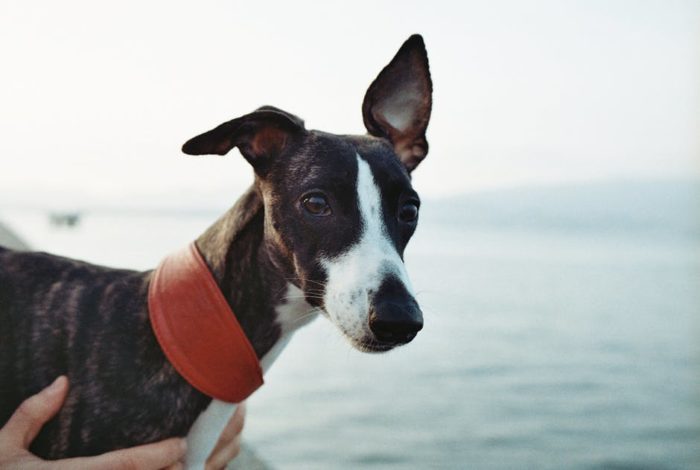 With its long legs and streamlined shape, it’s no surprise the Whippet is a natural runner. Be sure you’ve got them well trained and confidently under control beforehand, as these dogs can easily outpace humans. They’re also known for their stamina, making them a good choice for runners that need a dog to go the distance. 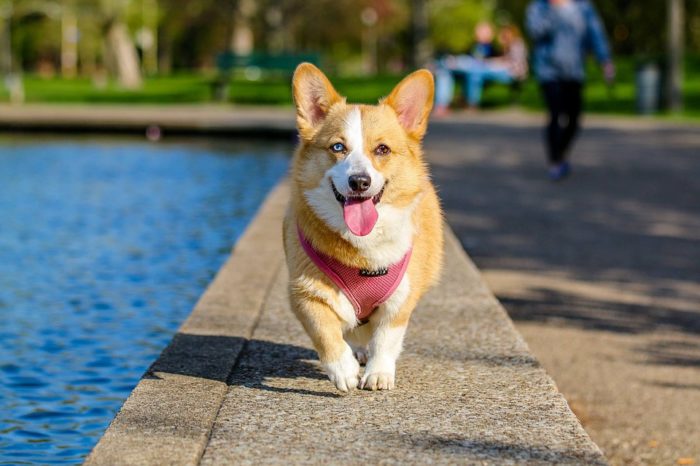 The Corgi might look cute, with its thick covering of fur, but don’t be fooled. Beneath all that fluff is a set of strong legs – inherited from a long line of ancestors that supposedly ran on wheels to turn spits in the kitchen, and herded sheep. These pooches are well-suited to the short distance runner and gentle jogger (although only on cooler days).

This is a breed that’s well-known for being tireless, always in need of an outlet for their huge amounts of energy. Bred as working dogs that would retrieve game, Weimaraners are never happier than when they’re outside. If you’re planning a long run, or like to go cross-country, then this is the pooch for you. Beware though, this isn’t a dog for fair weather joggers.

If you’ve ever seen a Vizsla run then you’ll know this is a breed that’s built for it. Traditionally used as hunting dogs, the Viszla’s long legs can cover huge amounts of ground and their need for exercise means they won’t tire quickly. “Pound for pound the best running dogs for any type of running,” professional dog runner Ryan Barrera told Runners World.

Everyone loves the Golden Retriever, which is known for its good nature and playful personality. Their happy-go-lucky character and trainability also makes them excellent running partners, happy to trail behind their owner and expend some of their boundless energy whether it’s a ten-minute sprint, or an hour-long jog.

If you’re a city dweller without the space for one of the larger breeds, Jack Russells are bundles of energy that pack a lot of power into a small body. They might not have the majestic gait of some of their bigger counterparts, but they’re still happy to pelt along behind you, even across long distances – provided they’ve been thoroughly trained beforehand, that is.

Once used to hunt lions in Africa, Rhodesian Ridgebacks are a good choice for dog-lovers living in warmer climates. If you’re committed to running, even in the heat, this breed can withstand high temperatures and keep the pace.

Do you run with your dog? Tell us what breeds you love to run with in the comments below!

Christmas is gone, the new year has arrived, and everyone’s bank balance is looking much worse for wear. That’s right, it’s January. So for…