Following in the paw prints of Toast the dog for Karen Walker and Jimmy the Bull Terrier for Jimmy Choo, New York design house Coach has enlisted none other than Asia Kinney, Lady Gaga’s French Bulldog to front its new #Coachpups campaign.

The first dog of pop revealed new gig on her instagram account @missasiakinney, saying “I’m so proud to post my first photo as the face of @Coach for this year’s #CoachPups Campaign, shot by Steven Meisel!” Typed by the pampered paw herself no doubt.

Gushing Gaga was quick to sing her pooch’s praises. “She’s a natural in front of the camera, and we’re both so excited that the iconic Steven Meisel shot her for Coach’s pup campaign,” she said.

Pictured with the Edie and Rucksack bags, Asia is the first four-legged model to front this new initiave, with more famous fur bags to follow.

I'm so proud to post my first photo as the face of @Coach for this year's #CoachPups Campaign, shot by Steven Meisel! 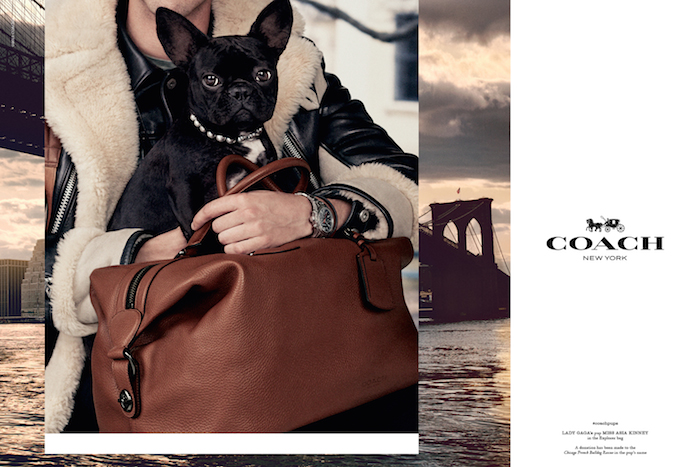 Coach Pups will officially kick off in July – stay tuned for more at coach.com.

What do you think of the campaign? What other famous dogs would you like to in Coach Pups?

Whoever said ‘diamonds are a girl’s best friend’ never had a dog. From Marilyn Monroe to Bridgette Bardot, Michelle Obama to HRH Queen Elizabeth II,…