Stripping off to nothing more than last year’s moth-eaten bikini in a London park and and basking in this glorious bout of Summer sunshine is all good and well, but sometimes you just fancy a little jaunt to the seaside for some fresh salty air and gob full of cockles.

Ridiculously over-excited at the prospect of taking George for his first seaside adventure (far more excited than he was to be fair as he had no idea where he was going), we decided that Whitstable on the lovely north Kentish coast was to be the destination – classic English fishing and harbour town with Oysters to boot. I’ve never been to Whitstable and I must say it’s rather cute. Pretty pastel coloured beach shacks, weathered holiday homes dotted along the seafront and plenty of opportuntities to stop for a spot of fish and chips and cider in the sun. 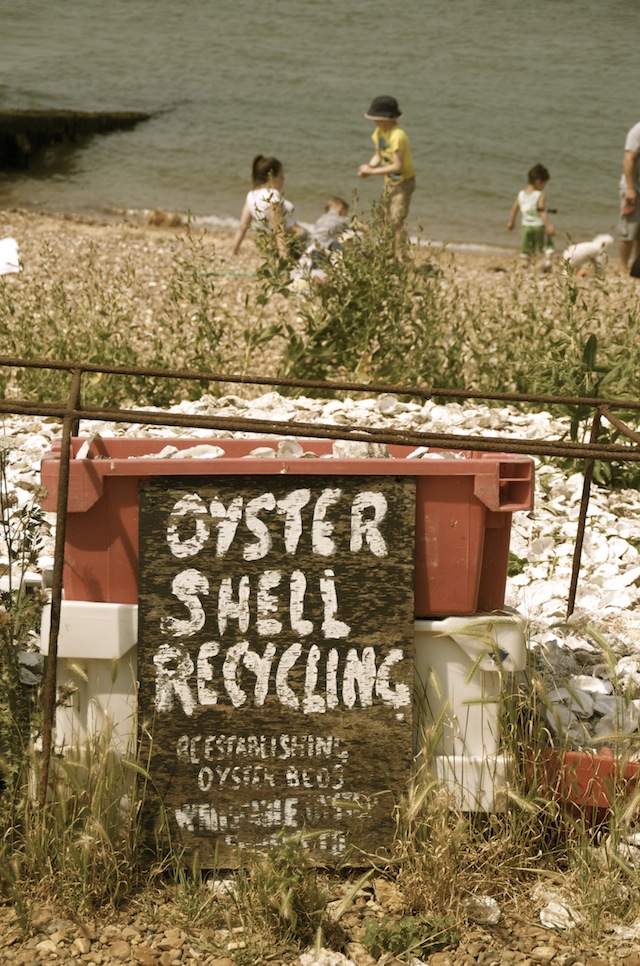 For those of you that remember the horror of pond-gate in Victoria Park (George decided to take a running leap into the freezing pond at 12 weeks old), I feared that he had been so traumatised by the incident that swimming would be off the cards.

In the spirit of getting straight back on the bike, we took some assertive action and led George out in the water to see if those little legs would start a-paddlin! 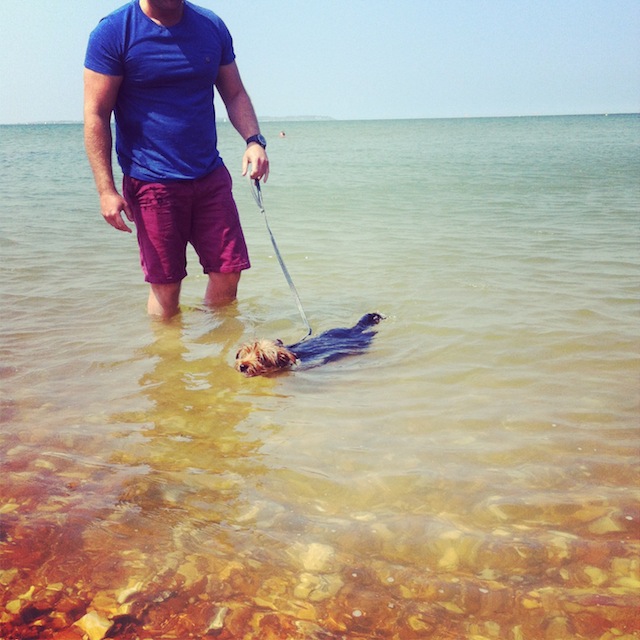 As we gently lowered him down into the shallow water, I’m pleased to say that his instinct kicked in and he was in full doggy paddle in no time! With a slight look of panic on his face combined with sheer determination, he made his way back to shore where he then ran around like a maniac for 10 minutes, much to the amusement of onlookers. This new styling product is a bit OTT? Oh yes, what a jolly old time it looks like we’re having. What these pictures don’t tell you however is as the tide went out, George wasted no time trawling the sea bed for all sorts of seafood delights including a massive fish skeleton that I had to wrestle off him, rather unceremoniously, in front of a crowd of people who were shouting ‘HE’S CAUGHT A FISH!’ Oh how we laughed. A gaggle of girls miraculously walking on water Sometimes you can play too much fetch…..zzzzzzz Does your dog love the beach?

Where are some of your favourite seaside spots?